Planning for the Next Generation of Succession Success—Part II 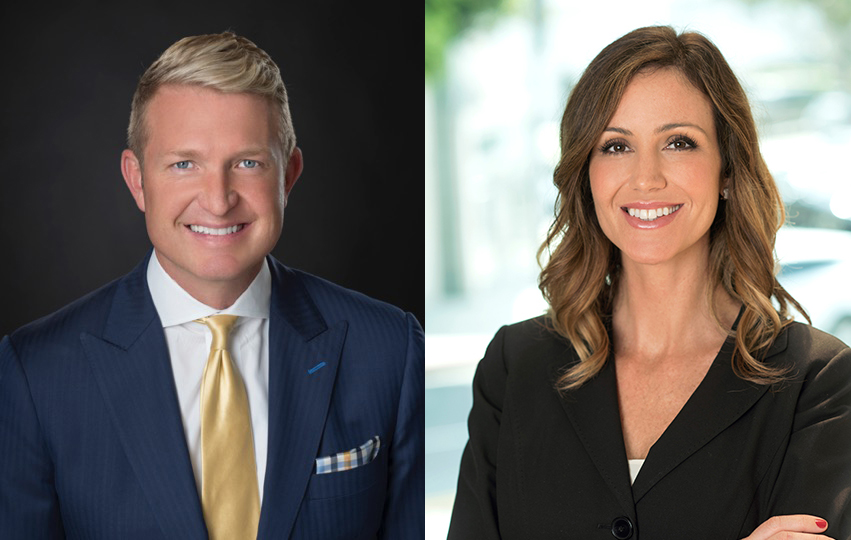 People oftentimes think that being physically close to someone over time necessarily creates a relationship, but the true key ingredient is trust. If they don’t trust you, they’re not likely to settle on legacy plans that feature you prominently.

Firms have been sounding alarms about succession plans for years, and the problem’s still getting worse. But in their crisis, there’s opportunity for the firm’s younger generations. There’s never been a better time to clarify your ambitions and stake your claim.

In part two of this series, based on our panel discussion with attorneys Randy Leff and D. Jason Lyon, we focus on how to address uncertain successions and establish your place as a next-generation law firm leader.

More than anything, firms want successors they trust.

People oftentimes think that being physically close to someone over time necessarily creates a relationship, but the true key ingredient is trust. If they don’t trust you, they’re not likely to settle on legacy plans that feature you prominently.

The problem is that trust can be hard to develop, or even define. You can earn someone’s trust over the course of a five-minute phone call, but fail to gain the confidence of someone you’ve worked closely with for years. They might trust you as a litigator, maybe even as a babysitter, but not as a leader.

Randy Leff, co-managing partner of the mid-size Beverly Hills firm Ervin Cohen & Jessup LLP, said the mantra in his early legal days was “keep your head down.” Don’t make waves, do what’s expected of you, and one day you will earn your bump to partner. Times have changed, and spoils now tend to go to the most active and outspoken participants.

“I can’t say all the people of my generation feel this way, because we did grow up in a more siloed environment, but for younger attorneys these days it can be tough,” said Leff, a leader on the firm’s succession plans. “They’re going to have to develop relationships and earn that trust, to show that they can really add the best value.”

Of course, Leff notes, there’s no substitute for solid legal acumen. There are not many great ways to politically engineer your way around being bad at your job. But if you’re confident in your talents and making a consistent best effort to earn that trust, you should feel comfortable broaching the topic of succession and your role in it.

Be tactful, not shy, about your place in succession plans.

We’re all expected to think about what we want to happen once we’re gone. But it’s not an easy thing to discuss with most people, and your business associates are no exception. As litigator D. Jason Lyon points out, it’s not on its face the most graceful objection to raise as the theoretical “survivor.”

“I don’t think you go marching in saying ‘Hey! You’re looking old. What’s happening?’” joked Lyon. “But you do need to talk about these things.”

Lyon, a partner at the Pasadena litigation boutique Hahn & Hahn LLP, said the openness of the firm’s succession plans and the pride it showed in its 120-year legacy were huge motivators when he made the jump from a Big Law firm in 2017.

“There are essentially two different conversations that you need to have; one is at kind of a firm-wide level, about what we do and how we hand things off,” Lyon said. “And then there’s the individual conversations with partners you might want to succeed. That one tends to play out a bit differently—it touches on a lot of really human things.”

If you’re having trouble with phrasing, Lyon advises you simply flip a classic interview question on its head: “Where do you see the firm in five years?”

If you’re not happy with their answer, you may want to consider greener pastures.

Should I stay or should I go?

We previously advised that firms with troubled succession plans should take a good hard look at their legacy; what it is, what they’d like it to be, and whether it’s actually worth the effort. While most firms probably prefer a smooth transition with name and prestige intact, there’s no shame in admitting it’s not feasible or necessary.

“Firms should be looking at what they’re doing with their youngest professionals. Are they the type of people that can be developed to move up through the organization and one day take over?” Leff said. “Or are we just hiring laterally, and so long as the person has a million-dollar book of business, we’re happy?”

The flip side of this is that younger attorneys are cheating themselves if they’re not personally making similar assessments. Even if you’ve received assurances that you’re a shoo-in for succession, you should be skeptical if the firm’s constantly shaking things up or bringing in rainmakers that add value to the detriment of long term stability.

“It’s not the next generation’s responsibility just to wait on the sidelines until someone comes to them and says, ‘By the way, would you like to take over my practice?’” said Lyon. “But as we’ve seen many times, nothing’s guaranteed. You have to stay relevant, you have to be mindful and intentional about the transition from one generation to the other, and how these things might change.”

Those changes might warrant a look elsewhere; they might also be something to shrug off and accept. Leff said one of the few silver linings of the COVID-19 pandemic was how it showed him that his firms’ efforts towards flexibility were being rewarded in kind by its members.

“You need to adapt and change with the times, particularly when these kinds of things happen, and I think we’ve emerged a stronger and better firm for it,” said Leff. “I think the flexibility, the candor we had really helped.”

To summarize: Earn their trust, know your worth, prove it, and don’t sweat the small stuff.

Lana J. Manganiello is a director with the firm, providing service professionals and firms with strategic counsel to drive revenue and increase market visibility.

Fostering Associate Growth Is the Best Way to Grow Your Practice

How To Efficiently Deploy Your Professional Growth Strategy